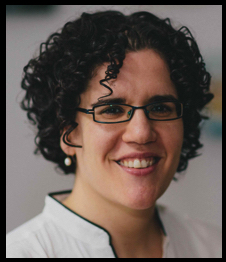 Gali Cooks is the inaugural Executive Director of Leading Edge, Alliance for Excellence in Jewish leadership, an organization formed in 2014 by foundations and federations to influence, inspire and enable dramatic change in attracting, developing and retaining top talent for Jewish organizations. Gali’s professional experience spans the public, private and nonprofit sectors.

Her career began as a speechwriter at the Embassy of Israel and a Legislative Assistant at AIPAC. She then joined the Harold Grinspoon Foundation as Founding Director of the PJ Library. From 2007-2013, Gali was Executive Director of the Rita & Stanley Kaplan Family Foundation. In the private sector, Gali was VP of Operations at an education technology startup. Most recently, Gali was Director of Business Operations in the Youth Division of URJ.

Gali serves on the Boards of Keshet and the Joshua Venture Group, and holds a B.A. from the University of Wisconsin-Madison and an M.B.A. from the NYU Stern School of Business. In 2016, she was named one of the Forward 50, an annual list of the top 50 Jews influencing American life, for her efforts to build the next generation of leaders.

leadingedge.org
Leadership Pipelines Initiative: Cultivating the Next Generation of Leaders for Jewish Nonprofits- Findings from Interviews and Research (2014)

Gali Cooks discusses the emerging work of Leading Edge in the areas of CEO on-boarding, lay leadership development, and evaluating great places to work in the Jewish community.

This episode is made possible through a partnership with Timeless Ketubah, rich tradition for the modern era.